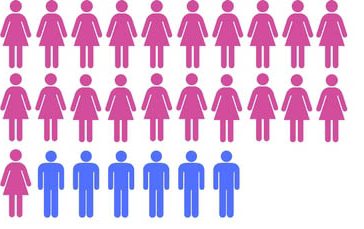 Harvey Weinstein. Kevin Spacey. Ben Affleck. Matt Lauer. Roy Moore. More and more women are throwing powerful men into the spotlight for their crimes. The time has come when people are comfortable with standing up for their bodies.

Sexual harassment has become a social norm in society. Our generation is entering the workplace. This is our issue just as much as any other generation’s. Unlike them, however, we have the power to change it.

The unhealthy thirst for drama and scandal by the masses fuels the fire for those committing the crimes, making harassment more common in the workplace. Out of 92 different companies, 54 percent of all workers reported experiencing a form of sexual harassment in the workplace according to a survey conducted by the Association of Women for Action and Research (AWARE).

Out of 92 different companies, 54 percent of all workers reported experiencing a form of sexual harassment in the workplace”

As our generation begins to enter the world of work, this problem that we have been hearing about becomes our reality. Hear us: we can change this. Through directing our voices and taking action, our generation can stop sexual harassment from being a social norm.

The Domino Effect has become quite prominent in recent times. Victims emerge out of the shadows, stating their claims with a thirst for justice against their attackers. Now that the issue of sexual harassment became socially acceptable to speak out against these situations, power-obsessed tyrants can finally face the consequences.

For years, sexual harassment has been pegged as an issue for only females. Not the case. Males are quite commonly harassed, and according to AWARE, 21 percent of the victims mentioned above are male.

The last generation could not find a voice to stand up against this issue. Now, this generation possesses the ability to speak out.

Another common misconception is that a contact has to be rape to qualify as sexual harassment. Violations can include invasion of personal space, derogatory language and/or comments, bragging about how good he or she is in bed, suggestive comments about a person’s body and unnecessary physical contact according to the Ontario Human Rights Commission.

Harassment can come from anyone and happen to anyone. This last October, actress Alyssa Milano started the hashtag #MeToo to help boost the movement that Tarana Burke started a decade ago. Formed for the purpose of denouncing sexual harassment, #MeToo trended worldwide in multiple different languages.

In France, according to Times, activists took to the streets. Accompanying the chant “Me too” was “Balance ton porc,” which roughly means to “Expose your pig.”

For this movement, Time Magazine announced the pioneers of the #MeToo movement Time’s Person of the Year. The Silence Breakers, made up of over 30 men and women, includes actors, entrepreneurs, journalists and singers such as Ashley Judd, Terry Crews, Wendy Walsh and Taylor Swift.

The #MeToo movement matters to everyone. If the generation before us could not stop the harassment, our generation must be the one to pull the break.

The intensity that this movement came out with only sheds more light on how often sexual harassment occurs, and how unacceptable it is. But, in some instances, standing up for oneself can result in harm.

Threats of injury or even murder are commonly accompanied with the demanding of sexual favors or with prepositions of physical intimacy according to AWARE. Of those 54 percent who were harassed, 12 percent reported receiving such threats if they did not comply.

More commonly, 27 percent of victims reported colleagues commiting the harassment, according to AWARE, while 17 percent are discriminated against by their superiors in the workplace.

The issue of sexual harassment has been prominent for decades. Millennials are already flooding workplaces. We have the contention against the issue, ergo having the power to lessen and eventually diminish it. 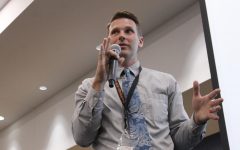 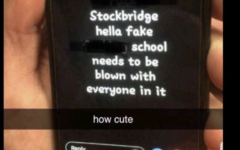 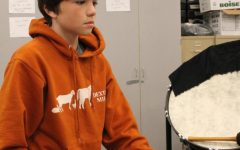 School is designed to make us hate it. I know this because when I enter the building each morning, it’s quiet with people scattered throughout th...

Talking about mental health is not enough

Talking about mental health is just the first step, not the solution. Having people like Will Heininger or Anthony Ianni come and speak to students...

A feeling of nervousness, maybe in an imminent event or around people in general, is commonly defined as anxiety.  This feeling takes away from wh...

As the 2020 election draws near so does President Trump's potential impeachment and his boot out of the race. After all the evidence that has come for... 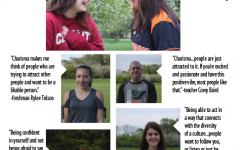 Take a step. We need you.