How the pandemic changed or mindsets, and how to get back to who we once were 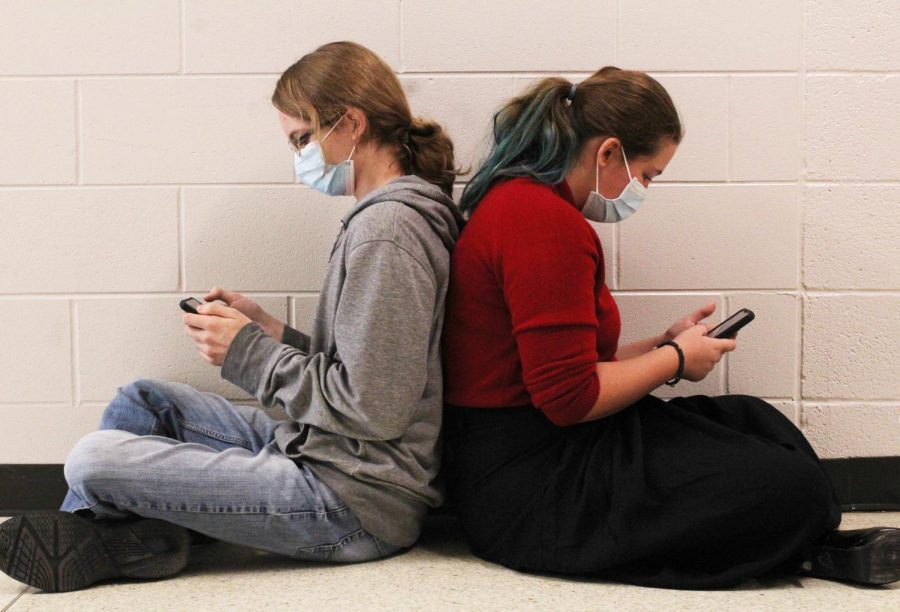 With everyone spending so much time at home, many people fell down the rabbit hole of trying to be productive. Many learned a new hobby or skill, took up fitness or cooked a new recipe. Those who didn’t likely fell down a different rabbit hole: social media and the controversies and arguments that take place there.

Tik Tok, Instagram, Twitter, and other social media forced us to form our own opinions on everything from fashion choices to political beliefs over the past year. This transformation has caused us to be farther and farther apart from our peers in society, our opinions separating us from people we once called friends.

After being isolated from each other for so long, we were forced to form our own beliefs. We were influenced to hate others who had a different belief system than we had. In a poll representing about 10% of students, 57.1% said they had a change in beliefs over the past year and a half.

Lately, it feels like everyone is always pinned against each other. No matter what, we are constantly being judged. The way you dress, how you do your hair, and of course, which politicians you support.

Why is it impossible for us to go back to the way things used to be, when we were just kids and nobody cared about our political beliefs?

The key is social media.

Before the pandemic, social media always felt like a fun, safe place to go to when I was sad, bored or just needed a break from everything. Nowadays, it just feels toxic. Everyone is always arguing about everything, especially when it comes to politics. According to Pew Research Center, about 18% of people get their information off of social media instead of a reliable source.

I understand not agreeing with someone.

I do not agree with a lot of people when it comes to politics, but I still respect them and their beliefs, even if they go against mine.

This is the way we can get back to become one again. We need to respect everyone, no matter their beliefs, especially if it is not a belief that is not actively harming something or someone. Instead of Republicans and Democrats, liberals and conservatives, and whatever other name you call them, we’re still one: the human race. Even if we disagree sometimes, we can still all be friends.

Remembering that truth is the key to getting back to normalcy, and becoming friends again.