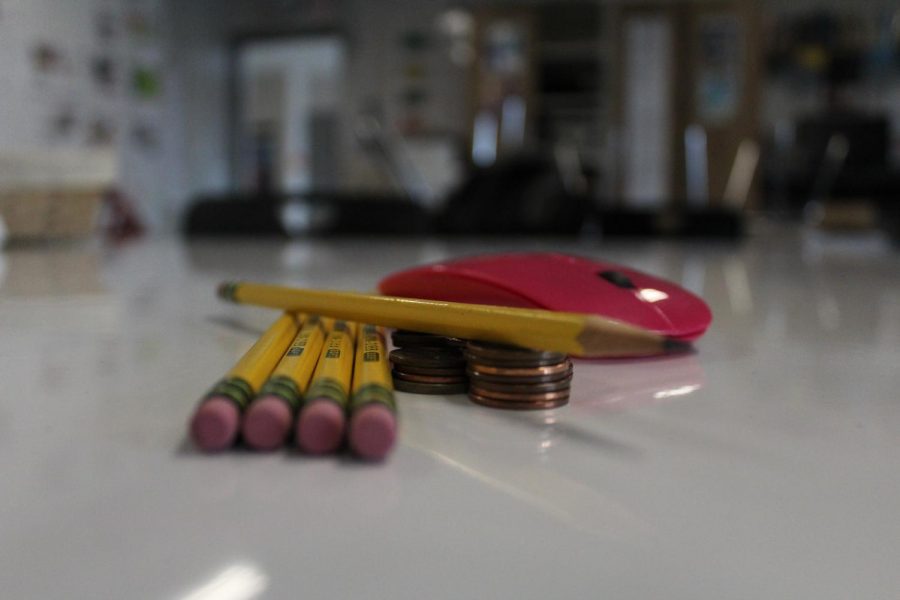 The classic Ramen noodle dinner and the freshman 15 may be true, but how about winning the lottery?

Gen Zers in college struggle day to day to afford housing and other expenses. These expenses can be more than money, like time available to study instead of work.

“Studying is something I struggle with, also taking 18 credit hours is a nightmare. I alone have four exams today,” Derek Young, a freshman at Michigan Tech, said.

The way college is portrayed by movies such as “Pitch Perfect” is that it is another type of high school full of drama and fun. The reality is that it is more about buckling down and striving for success.

“It is definitely different from what people tell you,” Young said. “Just be prepared for literally anything.”

Young thinks high school did a decent job of preparing him for college, but some classes did better than others.

“Overall, I would say it did well. I would just wish I knew how to study better,” Young said.

Whether the student or the school is to blame for failed study habits, graduation rates locally are just as high as surrounding schools.

MLive reported that in 2018 Stockbridge had a graduation rate of 87%, Chelsea had a 94% and an urban school like Bloomfield Hills had 95%.

School size seems to dictate the size and price of tuition a student will encounter. Small colleges attract small, rural students; large universities attract the opposite.

Smaller school means fewer elective options and fewer ways to be exposed to cultural diversity, so it makes sense that of the local graduating class of 2018, the top three colleges that students chose to attend were: Jackson College, Grand Valley State University and Lansing Community College.

The average tuition of these colleges can vary between $5,460 and $11,520, excluding scholarships. At Bloomfield High School in Oakland County, the top three schools that their seniors chose were Michigan State University, University Of Michigan and Wayne State University. Tuition for these schools starts at around $12,69-$14,062.

In rural areas, diversity is hard to come by. Exposure to social diversity does not only benefit a student in a traditional way but also educationally.

Finances impact college choice as well. Out of the senior high students, 31% of them receive free/reduced price lunch.

The average income of an Ingham county household is $52,691 versus a neighboring country such as Washtenaw, with $70,286, according to DataUSA, a site dedicated to visualizing U.S. government data. Oakland County residents earn an average of  $80,193.

These numbers may just look like a salary, but in reality they can determine the type of vacations students are exposed to and whether they are able to participate in extracurricular activities and or having access to a private tutor.

Students in Stockbridge, on average, bring in about $10,056 for the school in per pupil funding as reported on MLive compared to those in Oakland County with $15,927, even Washtenaw County comes in higher at $11,316.

These numbers mean something: They draw the line between the wealthy and middle class. These numbers can mean more than a mere income.

They mean if a child was able to be exposed to a private tutor or expensive school field trips or where they have lived.

Admissions will look at such things and quite possibly can bypass it. Bridge Magazine presents data that “demonstrate yet again that not all high schools are created equal in preparing students for future success. In some districts, nearly every graduate enrolled in college. And in others, very few did.”

The most successful school at producing the most graduates ready to attend the best schools is the International Academy of Oakland County, located on three campuses with students coming from 13 districts according to Bridge reports.