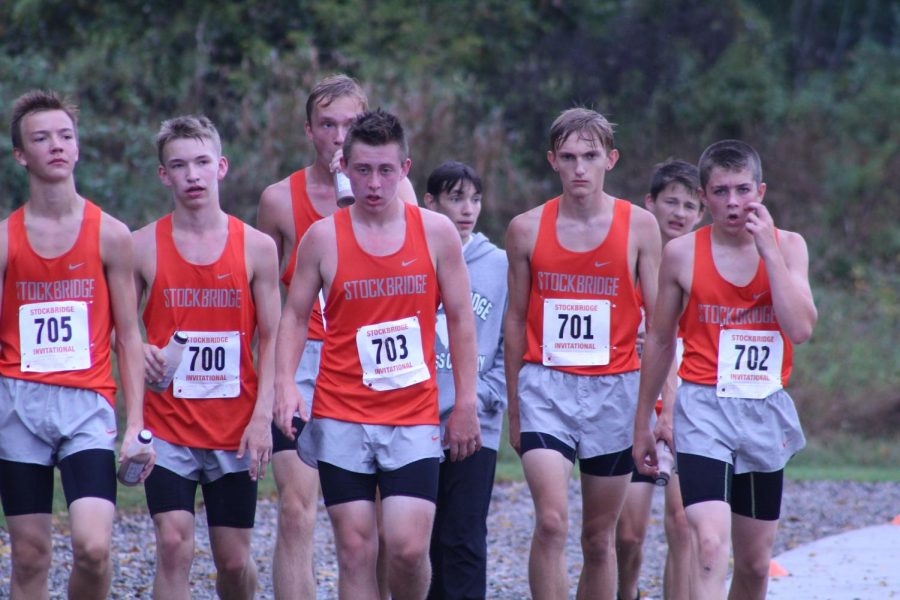 On a beautiful Saturday morning in the village, the birds were chirping, the morning sun rising, and the dew still fresh on the ground. That was until the steady pounding of feet swept it off the grass. On September 28, the Panther Invitational hosted teams from GLAC.

Senior Anna Schaff’s reasoning for why they placed so well was that ”it was our home course, so we knew what we were doing, we knew where to run and what to run.”

Using the Panther Invitational as a stepping stone to the GLAC Championship Coach Steve Allison said, “times are typically fast at our course and it helps you to build confidence.”

With a total of 17 schools in the race, the biggest competitor for both the girls and boys were the Leslie Blackhawks, who set the boys team back in the overall standings.

Repeating at the GLAC Championship, Leslie took 1st and Stockbridge one place behind at 2nd.

Even though Leslie proved a big competitor for the girls, they endured and beat them in the race. Doing the same at the GLAC championship and taking the trophy as they did so. Their bigger problem was the small school of Adrian Lenawee Christan who robbed the girls of first place overall. In Regionals, the girls will not have to sweat about the thought of racing Adrian again, since they are a division 4 team.