Robotics students venture around the globe 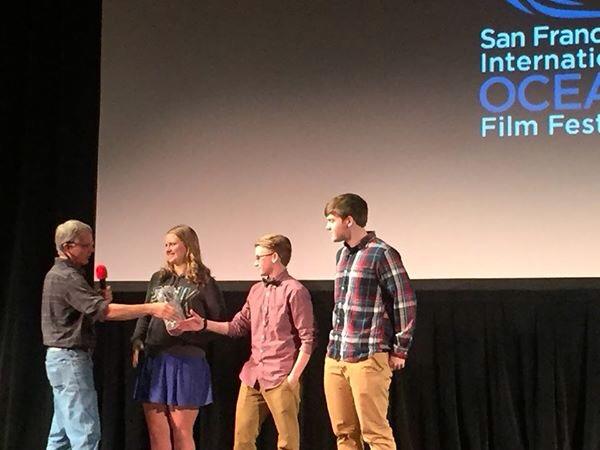 The robotics team’s fascination with travel started after its first trip to Palau. Now, the team is seeing expansions to the program through their ventures. The travel itinerary for this year:

“The purpose of Key Largo was for us six female engineers to be able to dive down into the Atlantic Ocean and test our self-designed and self-engineered underwater camera system,” Ensign said. “We also had the opportunity to become certified Aquanauts and stay underwater for 24 hours in the Jules Undersea Lodge and skype back to the 4th and 5th graders in Stockbridge while underwater in the Marine Lab and let them drive the ROV via the Internet.”

“As a team, we’re always aware of ways we promote ourselves and get ourselves out there. We all have a passion for film. It’s a win win,” Chapman said.

After seeing the call for entry online, they followed the steps and “hoped for the best.”

According to Chapman, when the three were picked as finalists they “immediately started making plans to go to San Francisco.” The team won third place for their ‘Miles from home” film, receiving their award at the San Francisco International Film Festival.

To Come: Palau. Everything leading up to Palau has been in preparation for this adventure. The team will leave March 30  and will stay until April 12. While the mission is the same as last—to find missing World War II planes—they have more to work with now.

“Our mission this year is the same as every year: Bring home MIAs and hopefully find some with our new and improved ROV. I know there are records of a plane that was flying above the water in Palau, and we have a picture of it burning, but we don’t know where it actually went down,” team member senior Jamie Cool said.

While a lot of hard work has been put into every aspect of the robotics program, students are pleased with the outcome.

“The robotics team has given me many opportunities including being able to be hands on and to handle real life situations that I wouldn’t learn in a normal classroom setting,” Ensign said.